Tank
The Tank is a main battle tank featured in many driving games made by Xform.

The Tank is based on the General Dynamics M1 Abrams.

The Abraham N1 appears in Burnin' Rubber 3 and is unlocked upon defeating Sarge in the "Territory" boss battle in Australia continent.

It has the slowest top speed of 146 mph, but it is compensated by an excellent durability. It is equipped with a Machine Gun as a primary weapon and a Main Gun as a secondary weapon.

The player cannot customize this tank, due to being a boss vehicle.

It has similar performances from its predecessor, but features an increased top speed of 160 mph. Overall it is more suitable in boss battles and less in races, due to its high armor but low speed.

It is equipped with a Minigun as a primary weapon and a Main Gun as a secondary weapon.

Like the Marauder-X, the player cannot change the weapons setup for this vehicle.

It also appears in the "Tank Busting" special mission where the player has to destroy three white tanks.

The Tank appears in Traffic Slam 3 and is unlocked upon reaching the Level 8. It can be purchased for 1500 coins.

Durability wise, the Tank is the strongest vehicle in the entire game, being practically immune to impacts. Its main gun can also be used for further havoc.

The Tank appears in Burnin' Rubber 5 and is unlocked upon defeating Esteban in the "Uncle Sam" boss battle.

Despite its bulk, the Tank is amongst some of the strongest vehicles in the game, featuring impressive speed, average handling, and good armor.

It has a special weapon, the Main Gun, which can be manually controlled to fire explosive rounds for 20 seconds.

It has a stock top speed of 97 mph without engine upgrades. When fully upgraded, it can reach a top speed of 114 mph.

The Abraham N1 appears in Burnin' Rubber: Crash n' Burn and is included with the Military Pack for the Android and iOS releases. It is equipped with the Main Gun.

The Tank appears in Sniper Team 2 as an unplayable vehicle.

The Heavy Tank appears in Man Or Monster as an unplayable vehicle.

It is the better version of the Tank 2. Its bullets make much more damage making it a very useful unit.

Its speed is average, and it costs 200 coins to buy.

The Tank appears in Super Man Or Monster. It is the better version of the Tank 2. Its bullets make much more damage making it an useful unit.

The Tank appears in Burnin' Rubber: Cartapult and can be unlocked by destroying all the landmarks. It has also a special feature, which is the Main Gun. 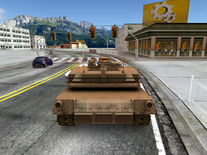 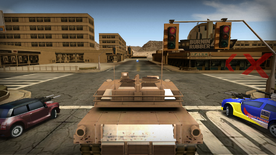 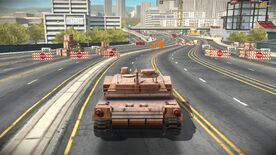 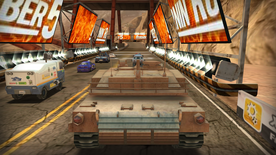 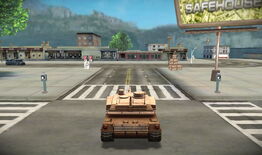 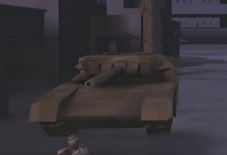 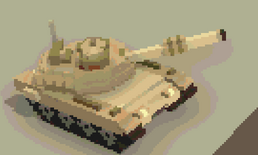 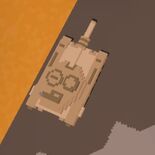 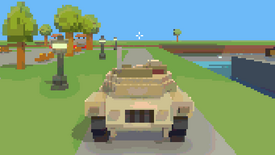 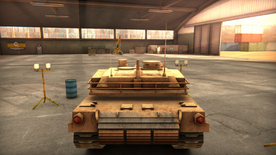 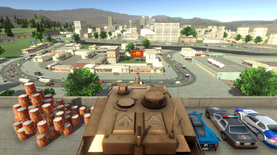