Pre-release and unused content are components of a video game that, for whatever reason, are removed or altered before that game is released. Known info about pre-release elements usually comes from one of two sources. The first is information released about a game by its creators before the game is complete. The second is data found within the data of a game that serves no purpose but could have been implemented into the game at one point. Most of the cut content was found by RazorDaBoss, theswegone and Siri Hatfir/brz_sti. Some other miscellaneous info was found by Lumius, RazorDaBoss, Siri Hatfir and theswegone took a look into the game files and did research. Lumius searched for the information on the blog. Gagarsa05 added the information to this article.

Early garage. The unfinished Devil DB9 and the pile of wheels can be seen.

A photo of some early footage. Notice the right tunnel being open.

Early concept image that may have been used in menus. Notice the female human character and the Dodge Viper-like sports car.

An in-engine mock up containing an early Sunshine City and a placeholder BMW Z3 from Xform's 3D visualization project "BMW". Notice how the left tunnel is closed as opposed to the right.

The game was first announced in 2007.

The unused "RIVAL DOWN!" on-screen message.

An early car select screen as well as an early Phaser GTI.

Early opponent names as well as an early Rebel.

The unused Laser weapon attached to a GT Blaze.

The unused Laser weapon in use. 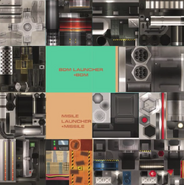 Early caltrops, which were reused from its predecessor, and early explosion effects as well.

There were five weapons which all of them are unused.

An earlier HUD and an early Rally 2.

The early destruction area. Different from the final version, with many objects missing. 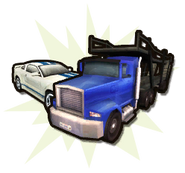 There were six additional styles that are unused: 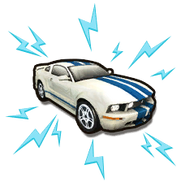 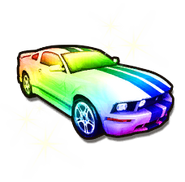 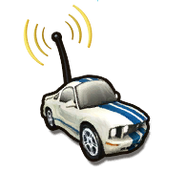 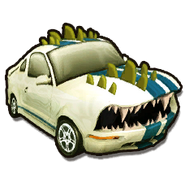 An early menu. Notice how "Delta Force" was misspelled as "Detla Force".

An early war base.

An earlier menu. Notice the background taken from Motorstorm, and placeholder copyright text written in the bottom.

An earlier garage menu. Notice the lack of a car color selection, implying the car models were not finishd yet at that time, and different icons.

An early menu. Notice the Jesters lacking stripes and being darker, placeholder copyright text written in the bottom, and no effects unlike in the final version.