Helicopter
The Heavy Helicopter is a military armored helicopter featured in some driving games made by Xform.

The Heavy Helicopter is based on the Boeing AH-64 Apache.

The Coyote appears in Burnin' Rubber 3 and is unlocked upon finding all hidden packages.

It has a discrete top speed of 206 mph, shared with a moderate handling and a powerful armor, being a military helicopter. The player is unable to fly with it and is limited to behave like the other cars.

It is equipped with a single Machine Gun and two Rocket Launchers.

Despite being listed as a boss vehicle, the player cannot customize this helicopter.

The Coyote appears in Burnin' Rubber 4 and can be found at the helipad in The Docks.

Its speed is above average. It is notable for its armor, making it one of the most resistant vehicle in the game.

In the original release, it can only be driven in the "Convoy" special mission.

The Coyote appears in Katie Commando and makes its first appearance in the fifth stage. The player can't drive with it.

The Heavy Helicopter appears in Man Or Monster and is unlocked upon completing the 10th mission. The player is unable to drive it.

It is notable for its armor, making it a really helpful unit.

It is a fast helicopter, its handling is as good just as the other helicopter's ones.

The Heavy Helicopter appears in Operation Desert Road and can be bought for 250 coins.

The Heavy Helicopter appears in Super Man Or Monster and is unlocked upon completing the 10th mission.

It is notable for its armor, making it a really helpful unit. 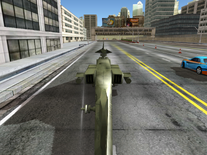 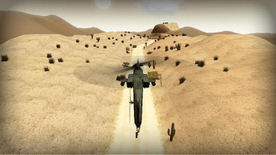 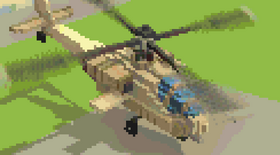 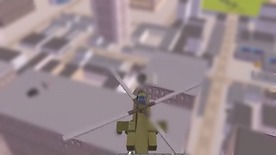 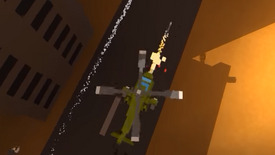 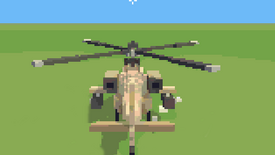