Sports Car
The DX Turbo is a sports car featured in some driving games made by Xform.

The DX Turbo first appears in Burnin' Rubber 3 and is unlocked upon defeating Tequila in the "Pjotrsburg" rival battle in Asia continent. It can be purchased with a price tag of $65,000.

It can perform very well in races thanks to its good handling, it can take corners very well. It has a good armor, making it resistant from shots and impacts. Its performance can make it compete with more powerful cars like the Inferno 66, GT Blaze, and the Panther V8.

The DX Turbo appears in Burnin' Rubber: Shift and is unlocked upon beating the rival in the first race.

The DX Turbo appears in the HD remastered version of Burnin' Rubber 5 as a secret car. It is unlocked upon using the Horse in three times in any challenge.

The DX Turbo shares the same statistics as the Tumbler, with an extremely good handling, it can take corners very well. It has a very good armor, making it resistant from shots and impacts.

It has a stock top speed of 120 mph. When fully upgraded, it can reach a top speed of 137 mph (Its speed is slightly faster than the Tumbler). 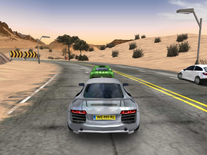 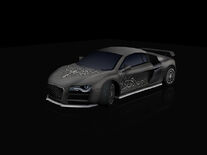 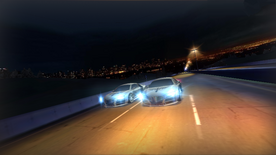 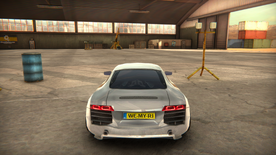