Buggy
The Baja Beetle is an off-road buggy featured in some driving games made by Xform.

The Baja Beetle is based on the Volkswagen Beetle Baja Bug [Typ 1].

The Dune Bug appears in Downtown Drift. It has a poor top speed and a mediocre handling, despite it's a light vehicle.

The Baja Beetle appears in Rally Point 6 and is unlocked upon completing the "Snow 2" race.

It has a good top speed and an average nitro duration, but the handling is quite poor. 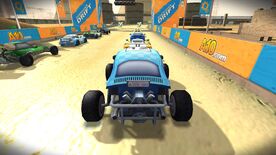 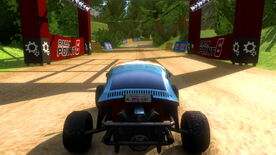